Traces of the production and consumption of wine since ancient times are evident amongst the islands of the Venetian lagoon.

Vines were grown and wine was produced from the thirteenth century in the Camaldolese, Franciscan, Capuchin and Carmelite convents and monasteries and there are numerous traces in the local toponymy that we still find today. Some examples are: San Francesco della Vigna, calle della Malvasia, calle della Vida, riva del Vin, calle dei Botteri, le Vignole.

Prof. Flavio Franceschet, with the students of the Calvi Middle School, was the first to rediscover the ancient vineyards and the traditions that accompanied them, producing almost for fun, Calvino, a primordial, saline wine.

The nerve center and beating heart of the association’s work are the cellar, vineyard, vegetable garden and garden of the novices which are all inside the old abandoned Franciscan convent on San Michele in Isola. But the work also extends to the vineyards of Sant’Elena, Giudecca, Malamocco and Vignole where grapes are harvested from ancient, abandoned rows.

After harvesting, often with school groups and their teachers, the grapes are taken by boat to San Michele where bunches are individually cleaned, gently pressed by foot, de-stemmed and their juice poured into vats. Fermentation begins immediately, without any addition of yeasts or additives. It does not get more natural than this.

Finally, thanks to the help of winemaker friends, production has continuously improved over time and now reaches previously unexpected levels that are appreciated even by connoisseurs of the sector.

However, the association’s activity is not only limited to this. Particular attention is paid to education and every year more than two hundred children participate in our activities. Recently we have also challenged them with a new adventure – defence of the olive trees – which are numerous on the islands and in the city, resulting in the production of an ” extra virgin olive oil from the lagoon “.

In the following pages you will find: 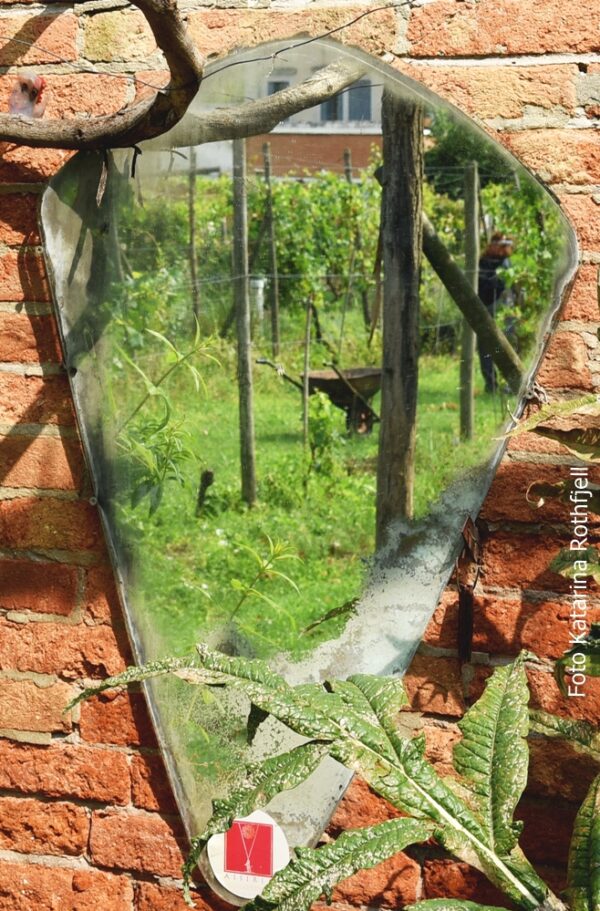